(Swedish House Mafia is Illuminati? Click here)
Departures at Ushuaia in Ibiza is an unsettling thing to analyse, but here goes.

Having subjected ourselves to over forty minutes of what can best be described as slow torture, we feel extremely concerned for the welfare of future generations. When we compare this 'party' to the parties we have experienced, we pity what is on offer for young people.

(Pete Tong is Illuminati?)
Watching this video was painful. The music was electronic in the extreme and we're sure washing machines are more musical. The focus was entirely on the stage, which of course looks like an eye. The crowd is so tightly packed and in darkness that there could have been almost no opportunity to mingle, look at each other, dance properly or move about. Despite the big business enforced use of 'I' and 'My' in everything from ipad, iphone, Myspace, etc, the global elites do not want you to be an individual. They want you to be a ant. They want you to move in sinc with the mob. That makes you easier to manipulate. Individuals are tricky things and if they are the norm they are impossible.

Departures at Ushuaia in Ibiza is not a party but a light show with computerised music to go along with it and hoards of people standing watching with their smartphones in the air. The result is what you would expect from a cult gathering; the adherents acting in unison whilst being fixated by the leader, in this case the deified dj. I'm shaking my head as I think about it. How different this is to the 90s when people mingled, smiled at each other, moved around.... In the 90s people did not focus on the dj or stage. People generally didn't even know where the dj was and probably didn't care who it was. They just wanted to dance and smile at each other. How things have changed? If you are young then, believe us, you are being cheated out of your best partying years. If this 'party' seems normal to you then, shit, you have never partied.

(Space is Illuminati?)
Here are some screen shots of this 'party'. Let's look for evidence of Illuminati involvement. 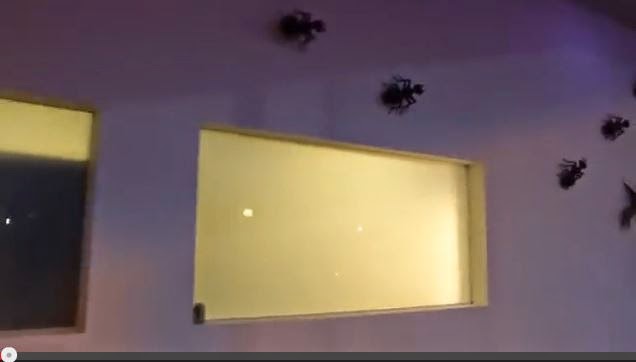 Ants? Why does Ushuaia have ants crawling up the walls? Yes, Ushuaia puts on a night called 'Ants' but have you ever questioned why?

The elites see the plebs as ants. They see the world riddled with unwanted creatures...us. They wish to cull us like you would an ant infestation.

(Wisdom of the Glove is Illuminati?)

Of course, Ushuaia might just like to use ants as decoration and have weird ideas for party themes. 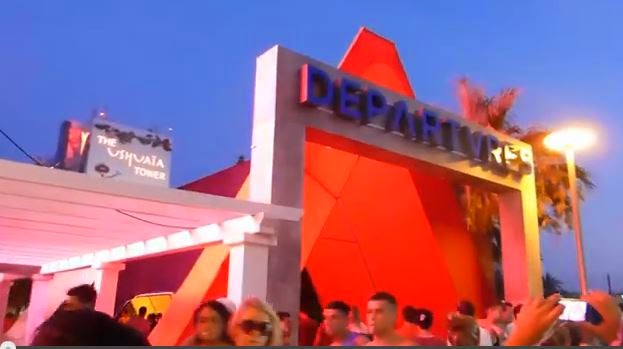 Oh dear, the entranceway is a triangle. The Illuminati uses the triangle to represent the Egyptian pyramids as they believed the Egyptians had amazing wisdom. They believe the pyramid shape can bring power down. We shall discuss this at a later date when our hits get bigger. 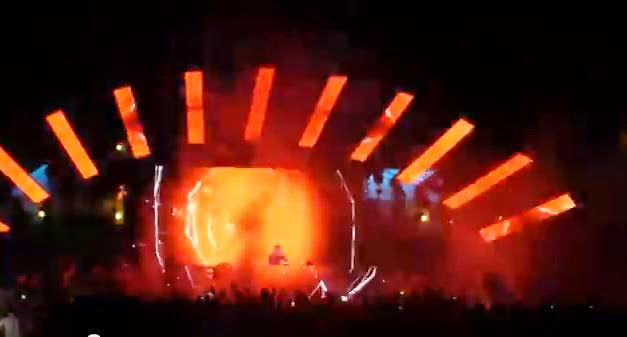 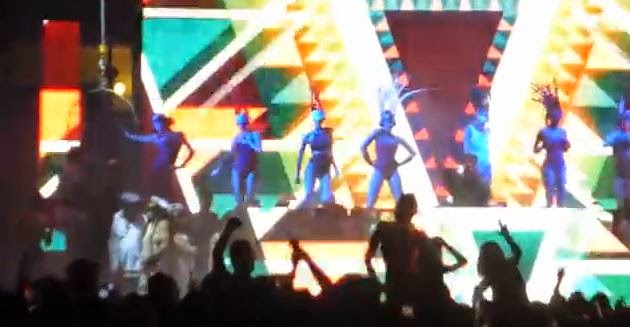 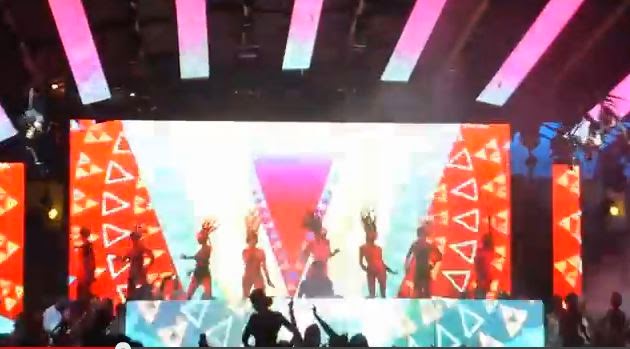 Here we have the down pointed triangle again inside the eye stage. 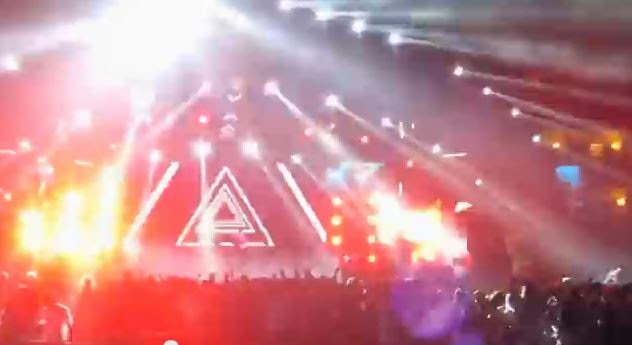 Here we have the pyramid shape again. 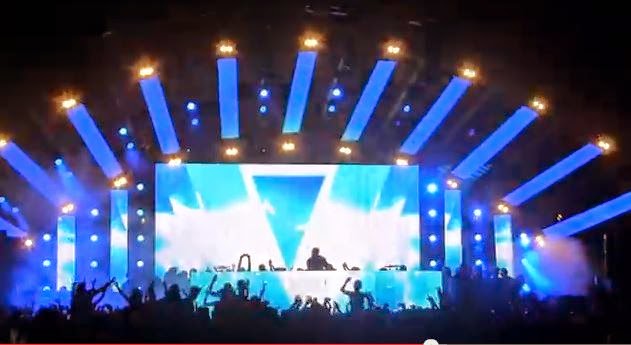 Back to the down pointed triangle, which might represent the occult. 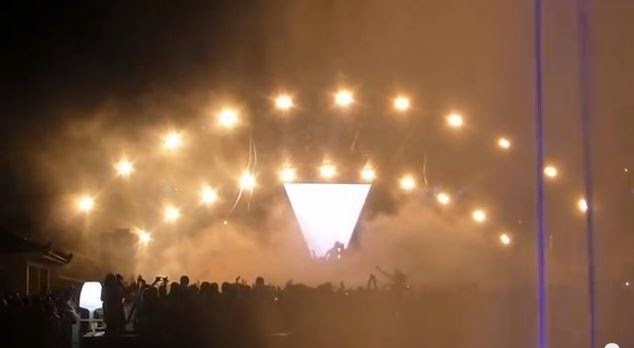 This is right at the end of the light show so the down pointing triangle is obviously something Ushuaia wants to really push into the minds of the thousands of young attendees who are, as we've said, totally focused on the eye stage. 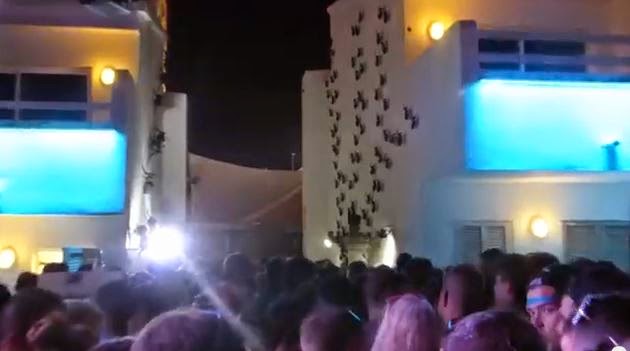 Ants once again crawling up the walls, coincidentally where the masses have to swarm to get out of the place.

So, is Ushuaia Illuminati? You decide.

More on Ushuaia here, including RFID wristbands and fingerprint payment systems, both things that will help usher in the New World Order.

What is the Illuminati anyway? A global cabal of psychopaths who think they're so clever just because they know lots of Masonic tricks to play on your minds. A cabal of people who hate you and that is why there are so many VIP areas now in clubs. You are the sheeple or foolishly hand over your hard earned money. The Illuminati is looking forward to the day there will be no need for VIP areas. That day will come when there are no more sheeple. The New World Order with its one world banking system will be a playground for the rich, famous and well connected. The poor sods amongst you who do live in the future will be the few humans needed to support the majority of workers....robots. You'll do what the robots cannot do, but you'll have an RFID chip in your body, life will be subhuman and if you complain you will have your head rebooted.

IF SUPPORT IS NOT FORTHCOMING WE SHALL ASSUME OUR EFFORTS ARE WASTED.
Posted by Anonymous Ibiza at 18:19