How can I be a DJ? IBIZA BLOG 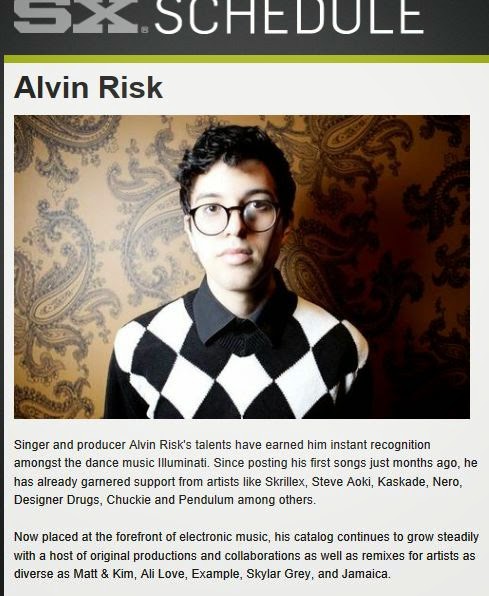 'amongst the dance music ILLUMINATI'

The way to be a successful DJ is to become a Freemason and become a puppet for the Illuminati. It is that simple. Just put yourself out as an aspiring DJ for a while and soon enough another DJ will proselytise for Freemasonry and suck you into the cult so you can be a sorry lying toe-rag like he. That's the thing about people who have made the wrong decision and fallen into a dirt pit. They want others to make the same mistake and fall down with them.

So if you want the instant success, the fame, the money, the women, the prestige and the free holidays then you know what to do.

But everything comes at a price and the price you will pay for the things you believe you want more than anything is your freedom, your mind, your creative destiny......YOU.

Do you think Alvin Risk above chose to wear that black and white jumper?

Why do you think Alvin Risk is pointing to the floor?
He's doing that because he is showing his allegiance to Freemasonry...to the occult religion of Freemasonry, which is Satanism. 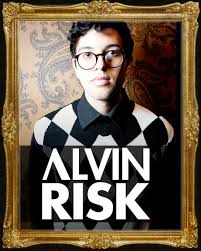 Why do you think Alvin Risk has his A turned into an upside down V? Because it makes it look more like a pyramid and pyramids are very important to Freemasons as they believe they were the landing sites of aliens, plus they love hierarchical power structures. They are looking forward to turning this world into the ultimate power structure by encasing all the power into the summit of the pyramid of life and leaving the rest of the slopes to ignorant misery. Actually, we're not far off that already.

Do you think teaming up with the Freemasons has done this lad any real good?

Does the track above sound normal to you or does it sound sinister?

We found the ending to be very odd....like some sort of gun shooting....but that's another topic. 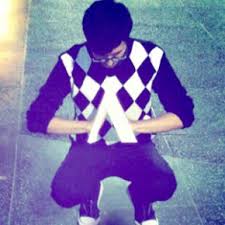 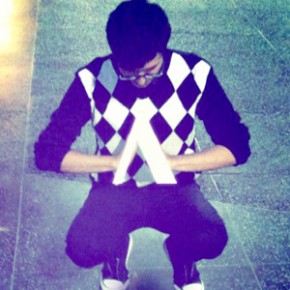 Do you think he would have chosen to make a pyramid sign with his hands prior to joining up with blood sucking Freemasons?

Who do you think is Alvin Risk's 'Messiah'? With one eye bigger than the other (Illuminati single eye) and with devil horns it's not hard to work it out.

Of course, the crowd will be encouraged to make the triangle hand sign but the reason, should any little pest ask, would be 'The DJ's name is Alvin'. Yes, just like the crowd that made the triangle sign did it because of the Swedish House Mafia track 'Antidote'.

Alvin is an odd name. We think he was probably born something else.

They must think we're stupid.

Alvin Risk's record label is Dim Mak....more on them within this post.


Let's not forget mind control tactics used on Illuminati puppets in the entertainment industry, some of which are trauma based. Want to be a DJ so badly you're prepared to suffer electric shock treatment to fracture your personality into many parts, each having a role to play...one of which could be sexual?

Are the DJs below Freemason Illuminati puppets?


The statements made in this blog are our personal thoughts, which we are legally entitled to air. Please think for yourself and make your own mind up. Don't follow the masses because they could all be wrong!
﻿
Posted by Anonymous Ibiza at 14:37

Email ThisBlogThis!Share to TwitterShare to FacebookShare to Pinterest
Labels: Alvin Risk, How can I be a DJ?, Ibiza blog