We are making this post, a bit prematurely, because we feel it is very important this information gets out. We believe Anonymous IS Illuminati/CIA/UN. Anonymous started out as a disorganised collection of hackers who wanted to do some good in the world, foolishly believing bringing down individual websites could do that. What those hackers didn't realise was that doing that just causes chaos and chaos works in the favour of the global elites. They want the world to be in a complete mess so they can then take control....order out of chaos. They need every faction going to agitate for change until the combined vibrations cause the system to collapse. Their end game is a New World Order with a one world bank and a one world occult religion.

But Anonymous is no longer a random collection of computer geniuses doing casual hacktivism in their bedrooms while their mums think they're doing their homework. Now the videos are produced with Hollywood budgets that no hackers on Paypal donations could ever dream of producing. Tell tale signs give the game away as the Illuminati is not able to completely detach themselves from their cult mindset. They either drop clues on purpose or they do it by accident, so conditioned are they into the club of symbols.

Please bare in mind that this 'Anonymous' is not connected with any hierarchical structure or control and is therefore a truly independent pressure group that does not resort to illegal activities.

The above video states very clearly that Anonymous (the brand) now wants to be known as 'the new Illuminati'. If you have been following this blog you will know that the Illuminati is very good at 're-branding' names, phrases, etc. They can brainwash you into thinking 'secret societies' are on your side. They can make you think 'the Illuminati' is a humanitarian movement. They are experts at convincing you to see the dark as light and the light as dark. They are the masters of deception.

We will prove to you that the same people who are behind the darkness of modern EDM are behind 'Hollywood' Anonymous. Go to timeline 7.04 on the video above. Or listen from 7.00 so you can realise how not fitting this sample is. This sample, we believe, is of a real man being killed. This fits completely with what we have found out about EDM. EDM now contains samples of real people being killed or tortured. This one sample gives the game away for 'Hollywood Anonymous'.

Now we shall show you some other things that have made us believe Anonymous IS Illuminati. 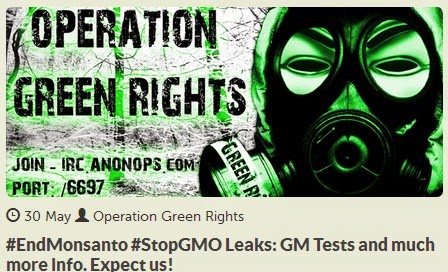 Gasmask imagery is profuse in EDM and the graphic designers will not be able to forget about them that easily. If it works for EDM they think it will work for Anonymous. To the untrained eye it will go unnoticed but we, the true Anonymous, are not here because we miss the signs. 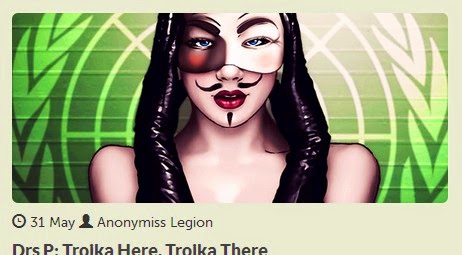 Again, we see that the graphic designer is unable to stop himself from producing images with the one eye look. Or maybe this was intentional. We know they assume we are as thick as two shorts planks so doing this is probably just their way of amusing themselves.

The above image is for @AnonOpsLegion at Twitter. It looks like a nod to Skull and Bones and it also boasts the one eyed look. 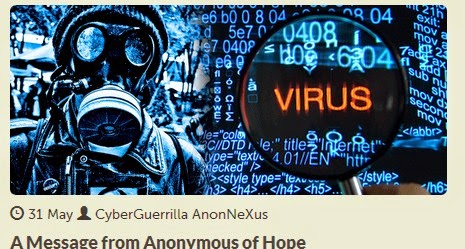 All done by the same people....the same cult. 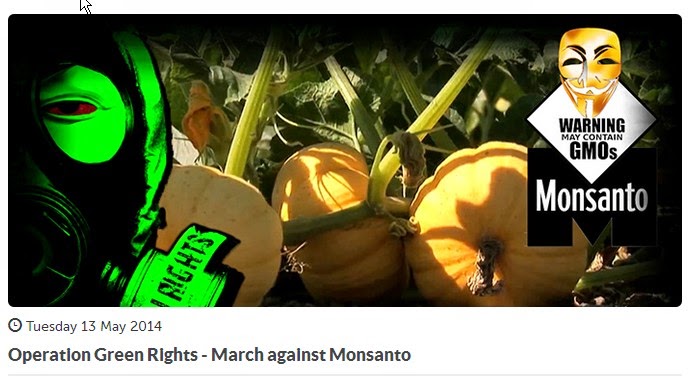 The one eyed look again. They cannot stop doing it. 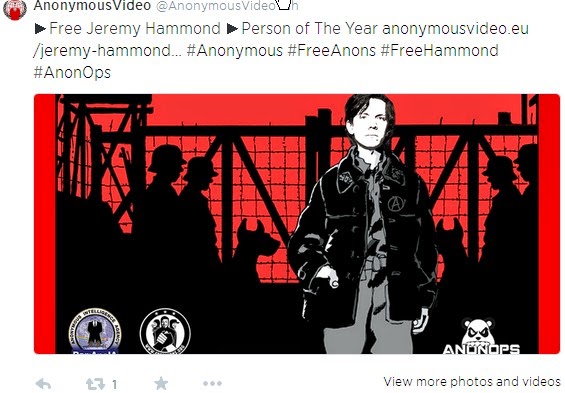 The 'AnonOps' logo at the bottom has one eye more blackened than the other. In addition, the dog on the right clearly has Baphomet ears. Yes, this is crazy....it is....but these people live by signs and symbols so to them it is very significant. 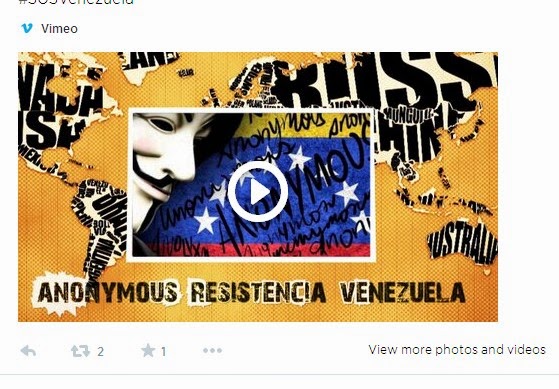 The one eyed look yet again along with lots of pentagrams. 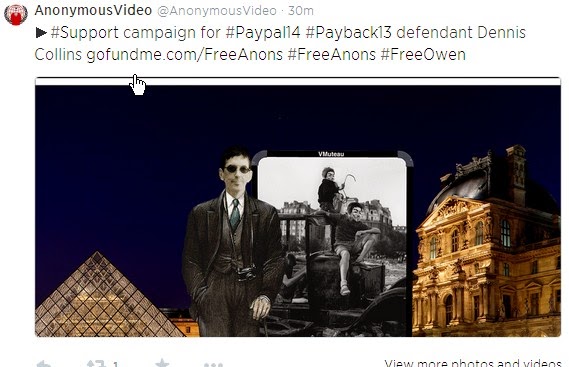 What the hell is that pyramid doing on an Anonymous image???

Try as we may we cannot get an answer out of Anonymous Video as to why that is there.

You could not make this up. We are living in their game. 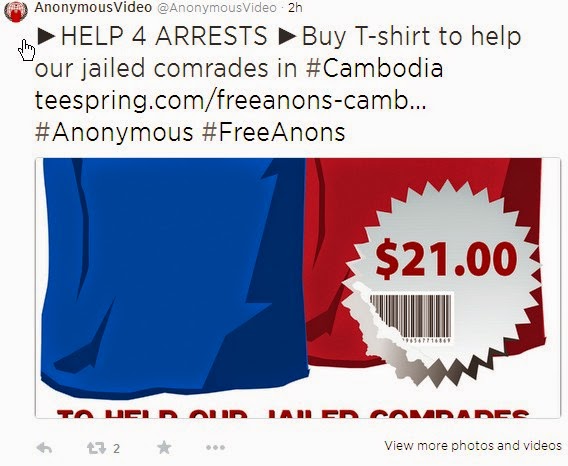 RFID......they don't do things like this for no reason.

Their style follows them wherever they go and they drop in their little calling cards along the way, so confident are they they will never get caught out. So self assured and so cocky and so convinced that the rest of the human race does not have the brain cells to work out their deviousness. 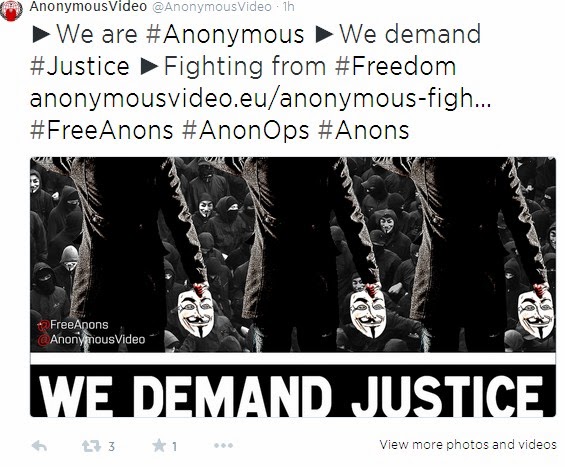 The use of multiples has been a clever trick of the mind since the days of the Can-can girls of Paris. It is seen often in MTV videos.

Your Masonic tricks are not lost on us. 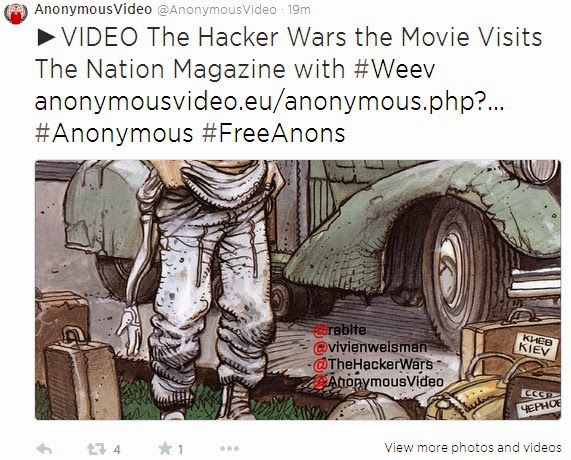 For what reason could that soldier have a skeletal hand hanging like that?

Because it points downwards....down to the occult. Pointing down with a finger or with clasped hands indicates allegiance to the occult...to the Illuminati. 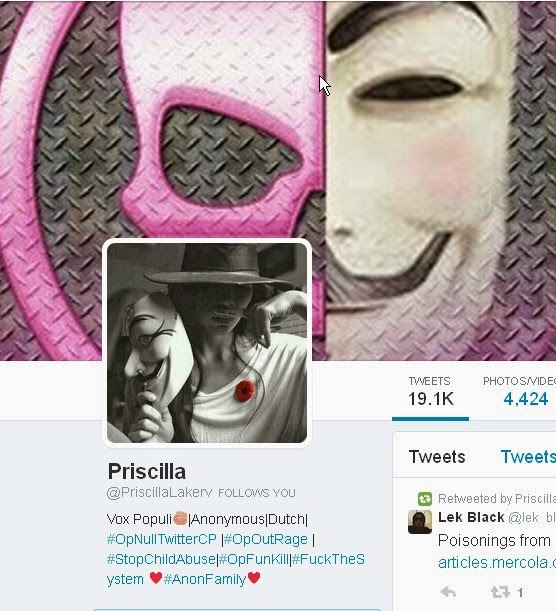 This woman has a half mask image as her Twitter profile photo. It is incredibly similar to that seen in EDM, in particular Nicky Romero.


She claimed another Anonymous group had provided her with the image.

She has since changed her image so maybe she was just being manipulated into using the image. Steve Angello's Size Records image above looks very 'Anonymous' and sounds it too with the 'Revolt'. Is that not what much of Anonymous does? 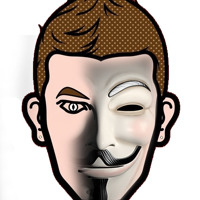 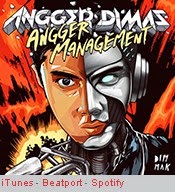 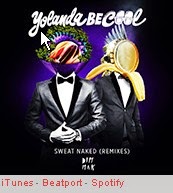 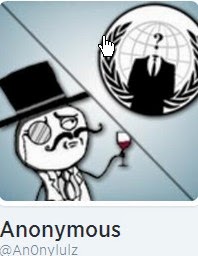 
Please study this article, which talks about the similarites between the Anonymous logo and that of the United Nations. It is also similar to Pete Tong's logo. 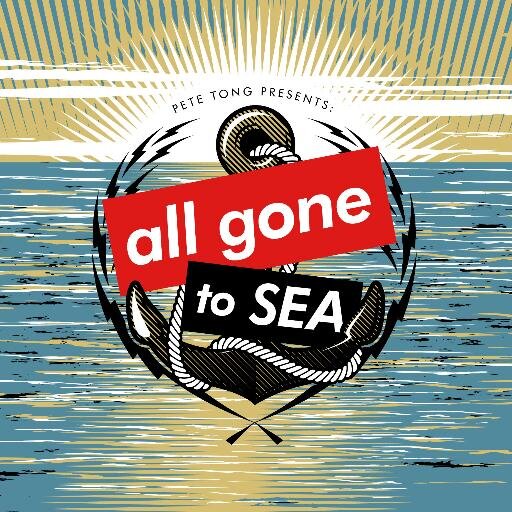 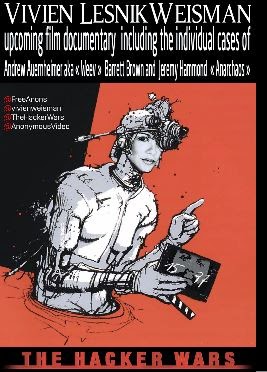 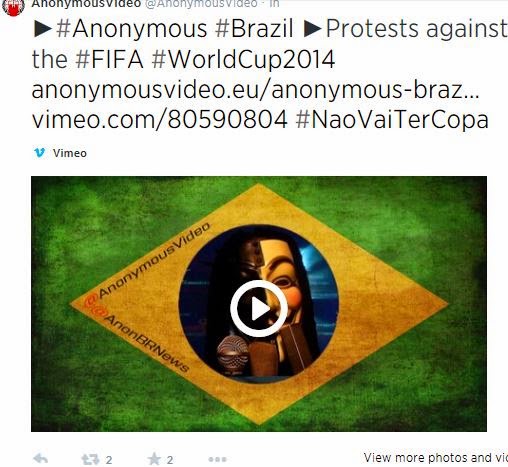 One eye and half mask just like many EDM images. 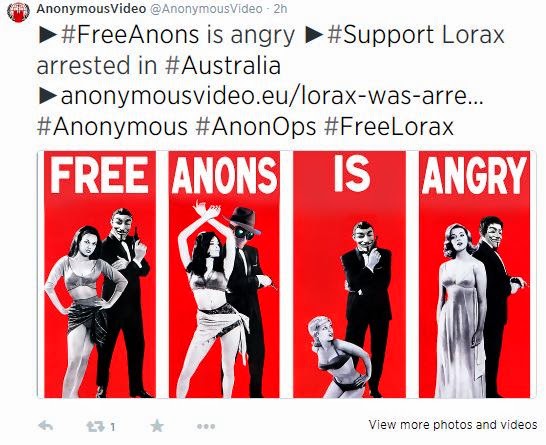 The above reveals the sexism of the Illuminati, Freemasonry being a misogynistic cult. This misogyny is also revealed in Masonic EDM. 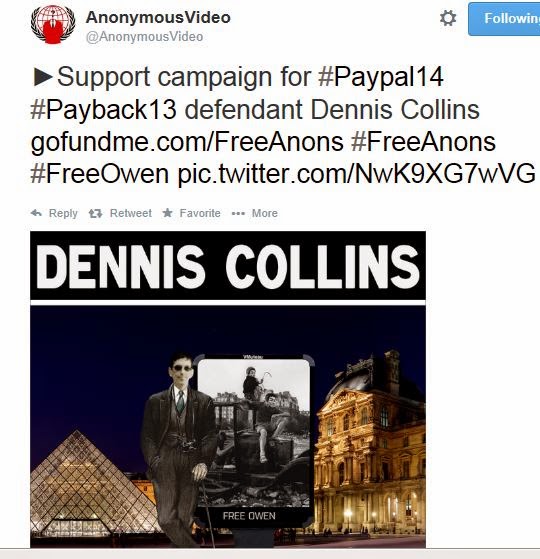 
We appeal to all Anons to be sure they are not being controlled by a centralised source. Please oppose any hierarchical structure as this is indicative of the Masonic mindset and can be seen everywhere they go. Why is it EDM needs an annual 'summit' if not because it is now controlled in a top-down hierarchical structure of power? Be true to the cause....fighting corruption...but ensure what you are doing is not aiding an even greater and far more inescapable corruption...the New World Order facilitated by the closing of the internet.

Why is it that some Anons have been exposed as 'traitors' as used as scapegoats to frighten the rest of us?

Is it possible they worked out the truth?

This article talks about how Anonymous has aided the global banking cartel and that it therefore must have been infiltrated by government (CIA/UN) hackers.

This forum thread also talks about the possibility Anonymous has been used as a front to destabilise the internet and assist in the control of it.

If this blog disappears it will be because we have exposed Anonymous.

The statements made in this post are the personal opinions of the blog author and must not be taken as fact.

Posted by Anonymous Ibiza at 17:14