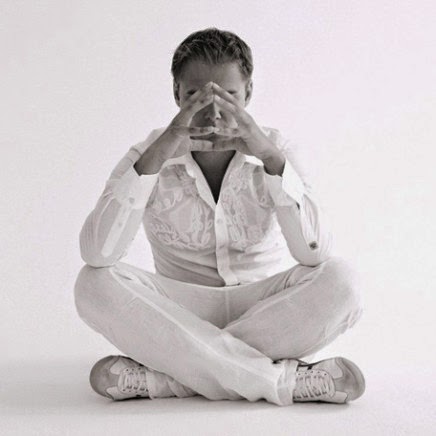 The photo above would suggest so. His moment of quiet contemplation reveals a penchant for triangles, which represent the pyramids of ancient Egypt, the mystery religions being central to Freemasonry/Illuminati.

The statements in this blog reflect the opinions of the blog authors and are not stated as facts. You are urged to do your own research and come to your own individual conclusions. You have been conditioned to think like sheeple but we know you are capable of snapping out of the matrix and thinking for yourself.

MOST DJS ARE FREEMASONS!!!

Watch the video above on Armin Van Buuren and Tiesto. 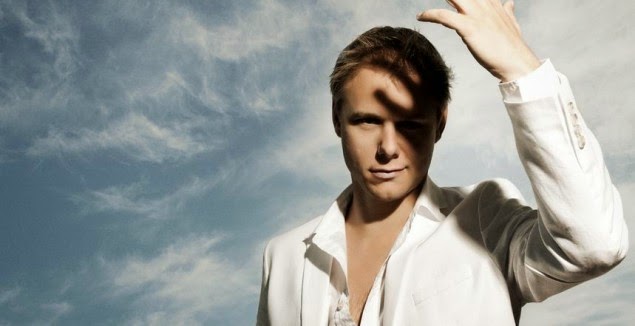 The one-eyed look is indicative of the Illuminati. 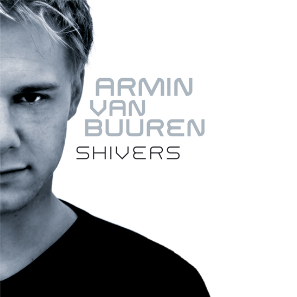 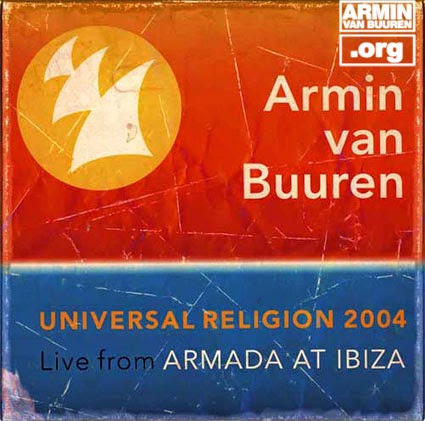 'Universal religion' in other words 'Theosophy'.

Theosophy is the Kabbalistic belief system of Freemasonry and the Illuminati and encompasses parts of all the world's religions including Satanism. It might appear to be the perfect solution for the world and will be presented as 'Oneness' but it is in fact just a New World Order that is being surreptitiously instilled into the minds of the masses.

Did you think EDM was just music? Think again. It's a mind control tool used alongside drugs to condition you into the correct mindset. 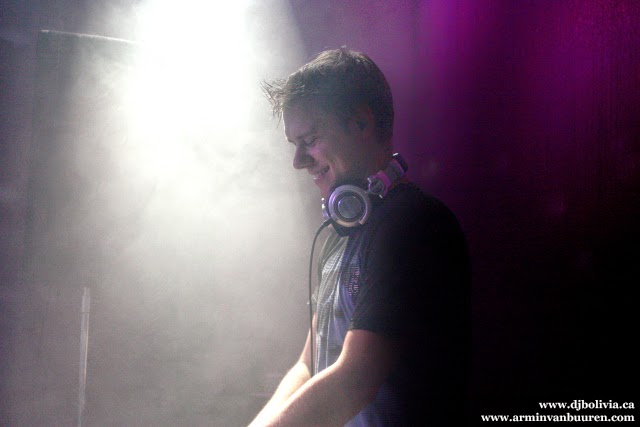 The dj illuminated by a light signifies he is 'illumed' by secret knowledge learnt at Freemasonry. 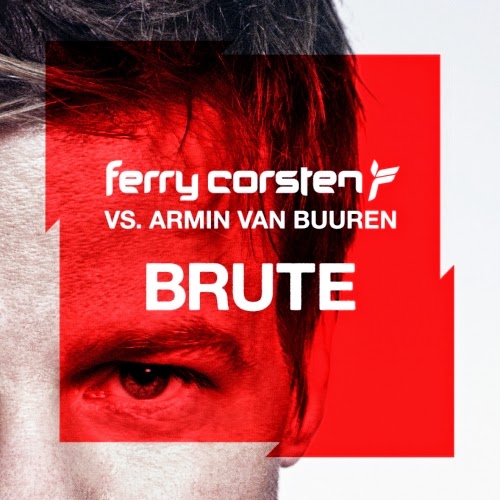 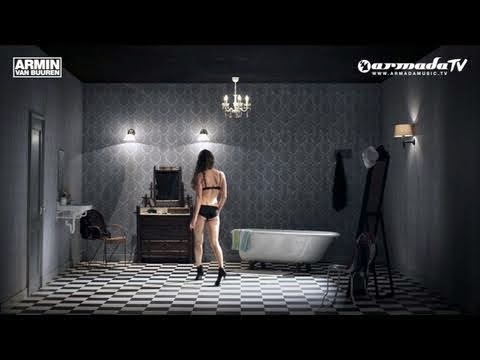 The black and white checkerboard is a signature symbol of Freemasonry. You might see it as a floor, which represents the floor in a Masonic lodge, or on the clothing of the dj or in graphics on a festival screen. The Illuminati is a cult and it has weird rituals. It also likes to hide 'in plain sight' by exposing its symbols. It is a master at matters of the mind and believes if it reveals all then you will not notice it. It works....usually.  See these. 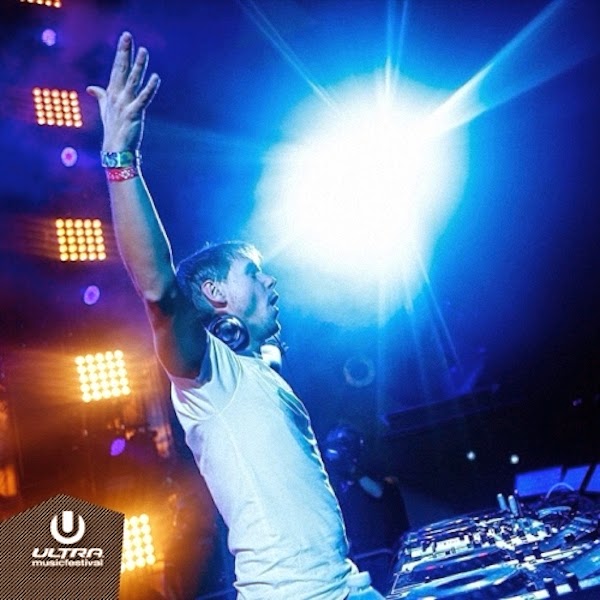 Armin Van Buuren once again basking in the limelight of the Illuminati? 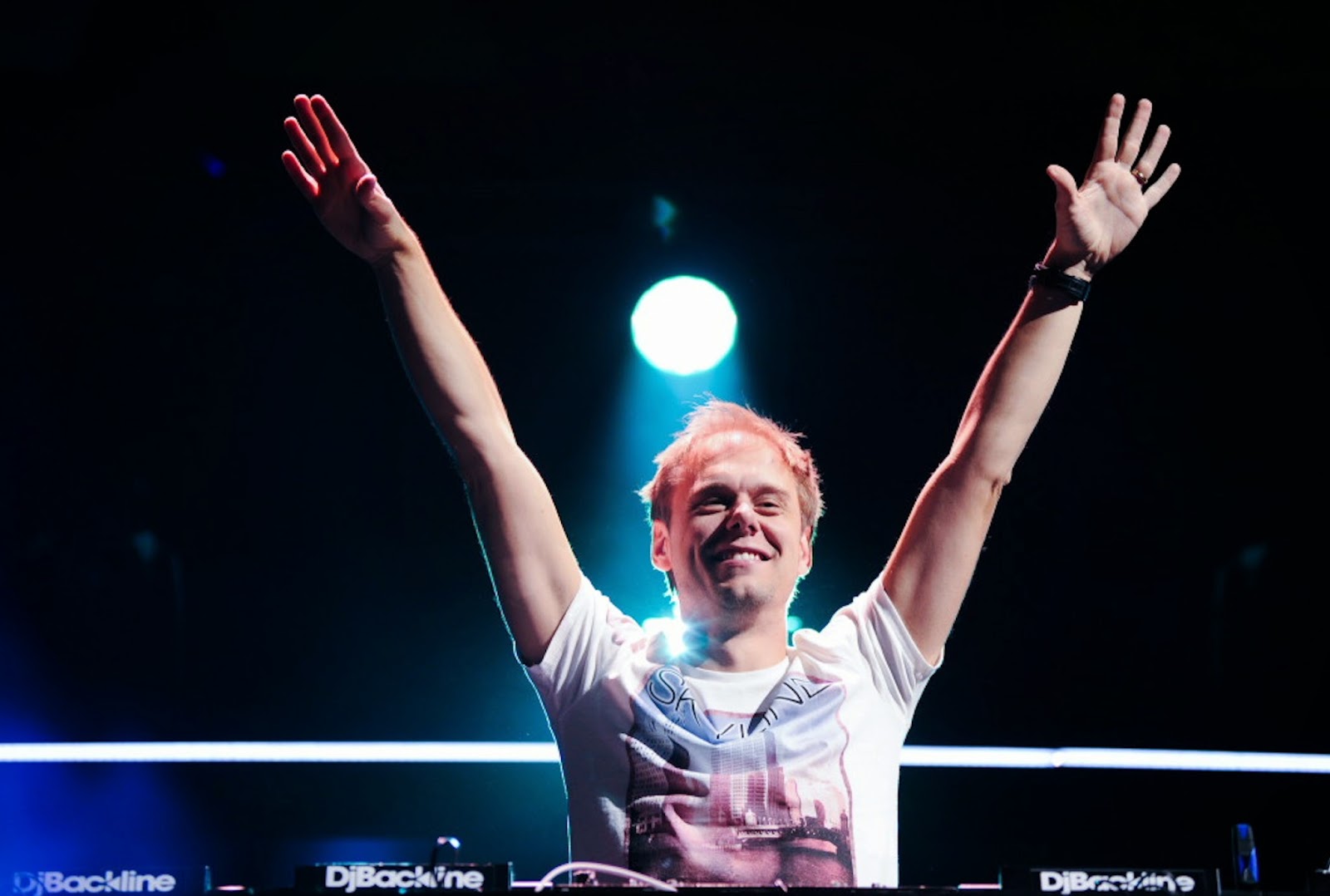 He is a god you know. He is the light of the world. He is an illumed one and doesn't he know it? 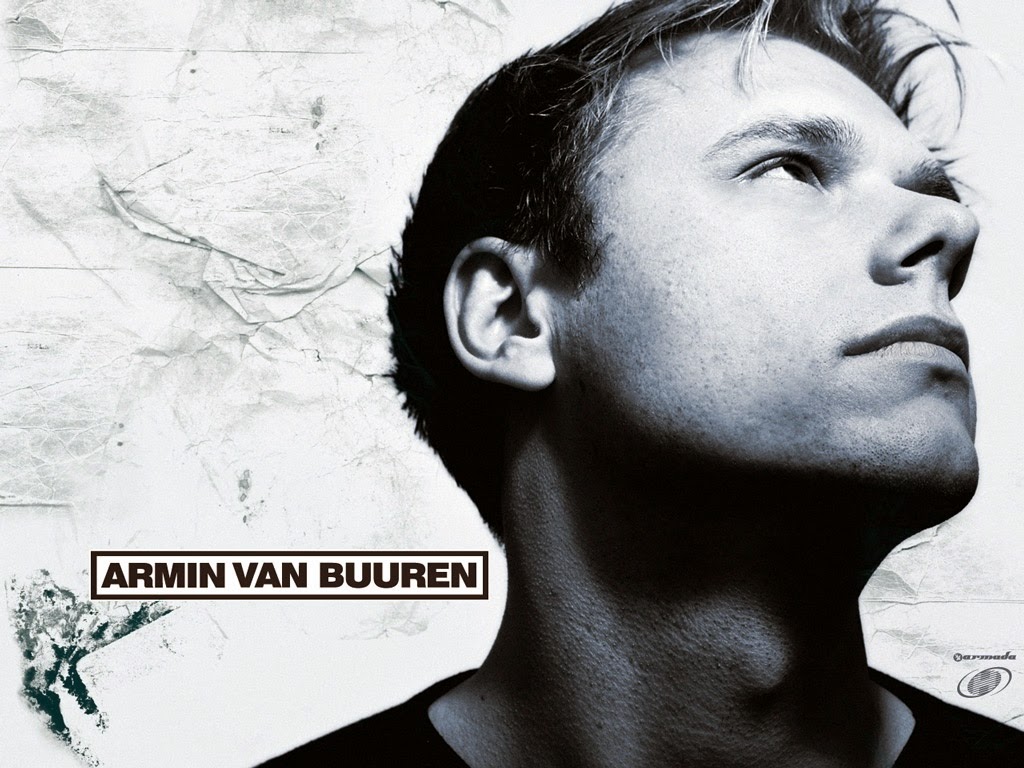 One eye just like the Eye of Horus, which they believe is something mystical. Once this blog's hits get high enough we will demystify that idea. Keep watching because you will find it hysterically funny. 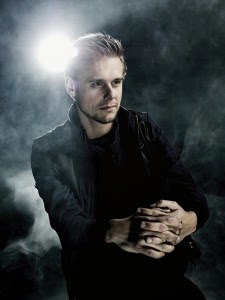 Bad photographer or intentional positioning of the light at the top of Armin Van Buuren's head? 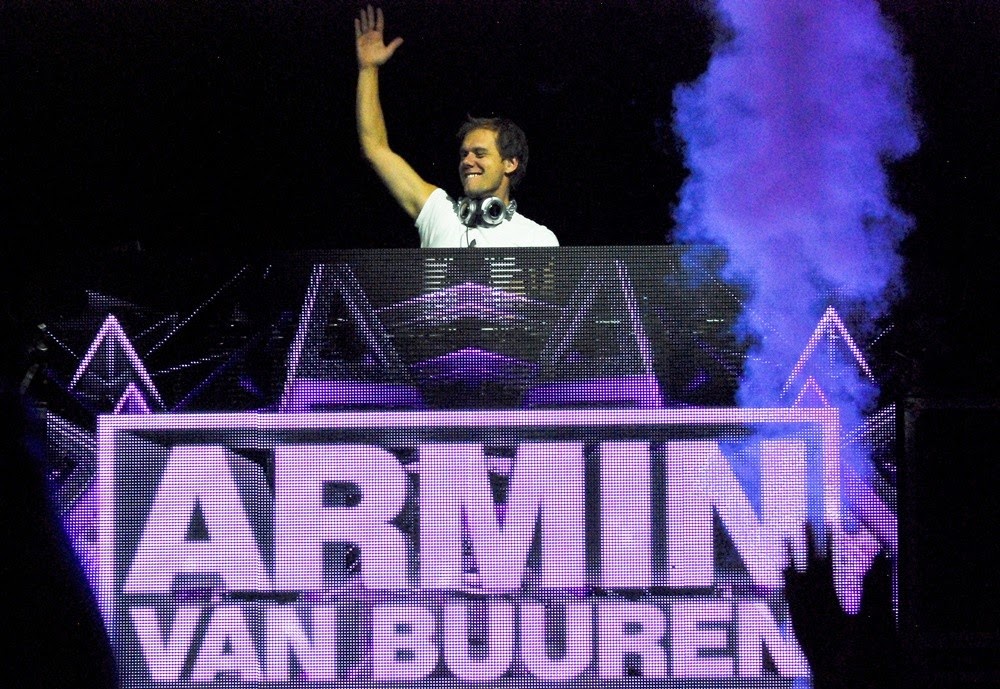 Triangles galore. The triangles represent the pyramids, which the so called Illumed ones who believe they are on a vital mission to SAVE THE WORLD (and reduce its population by 90%) believed were the landing sites of gods or aliens from distant planets. We shall demystify this childish idea when the hits get high enough. We will have the last laugh and the djs will climb down from their altars with their tails between their legs. 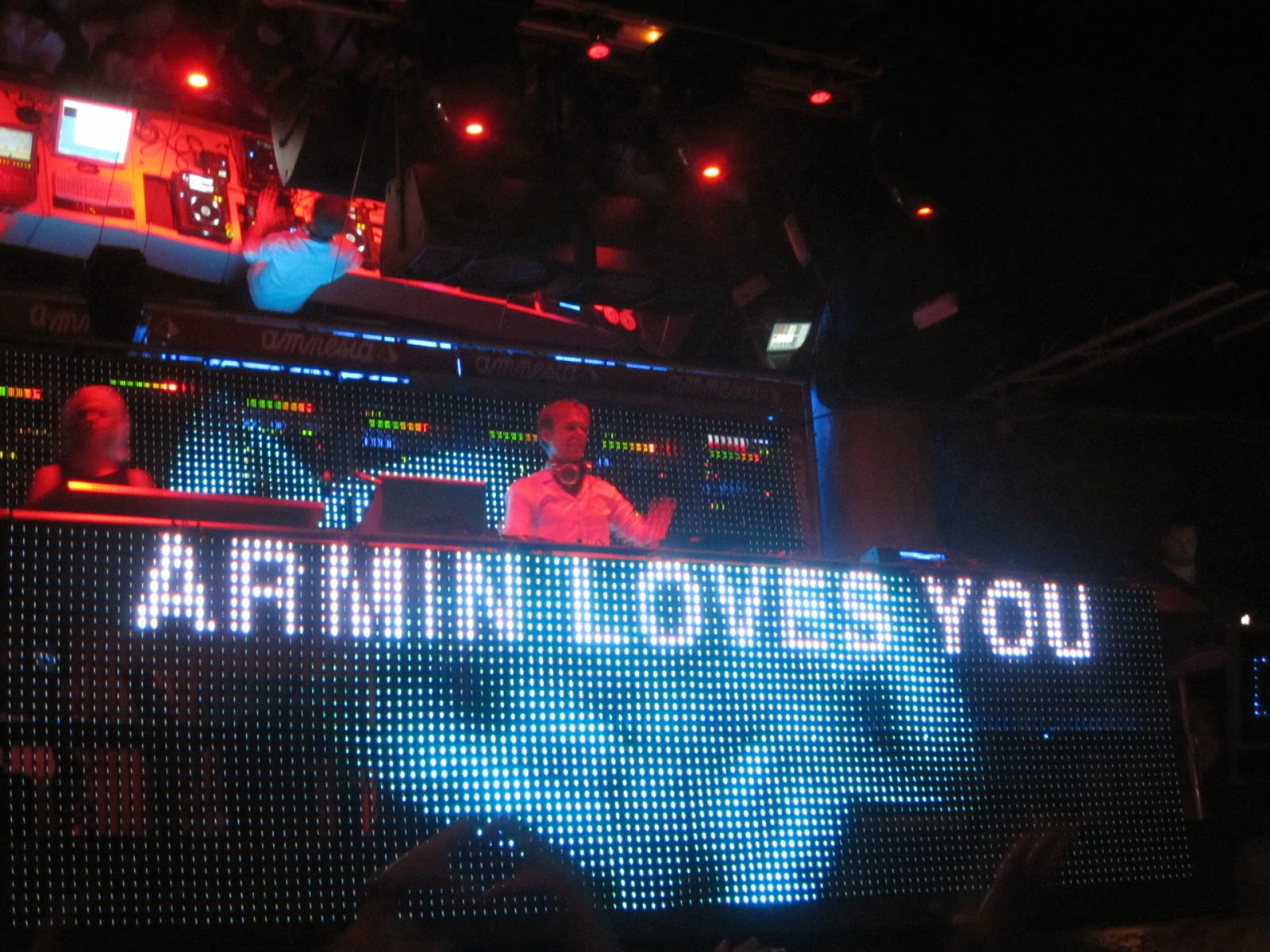 Armin Van Buuren does NOT love you. What he loves doing is using mind conditioning tricks he has picked up at his Freemason meets with the other pinny wearing back slapping djs. Flashing 'VAN LOVES YOU' regularly throughout a long set will make you believe he really does love you. If you feel someone as prominent as a top name dj loves you you will be made to feel special and hooked on the source...and keep going to see them, buying their albums, listening to their message reinforcing music, promoting them without fee on social media, etc.

It is actually a very devious trick because the perpetrator is taking advantage of the fact a lot of us feel unloved. It plays on one of our vulnerabilities. This can only be done 'without conscience' because it is knowingly deceptive.

What other subliminal messages has Armin Van Buuren been subjecting his unsuspecting and loyal fan base to? If you are going to an Armin Van Buuren 'concert' (religious indoctrination session) please video the message screen to capture images and words and email it to us via the blog profile. 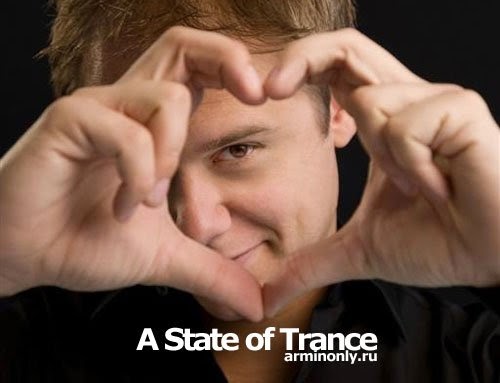 It looks so sweet and innocent but the heart is fooling you. The message in this photo is the single eye and his smirk says he knows it. 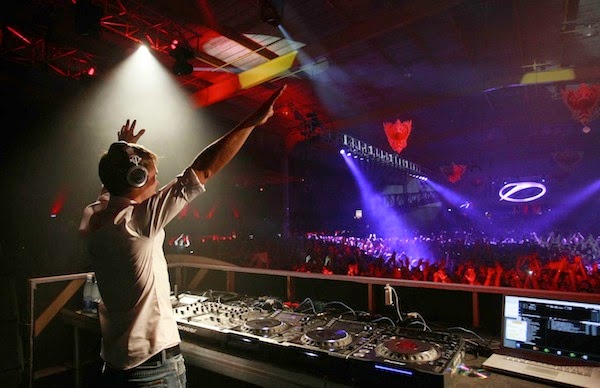 The god in the limelight again.

Armin Van Buuren has the ASOT A State of Trance radio show and for his 666 episode he included tracks such as...

The Power of the Darkside

Murder Was The Base 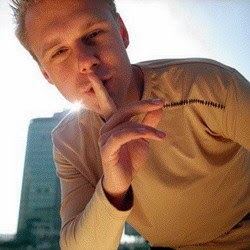 The sun at his head again, indicating he is illumed by hidden wisdom plus a 'shush' with the finger, much like Rihanna's shush tattoo and the shush by Guy Gerber.

What is the big secret Armin? 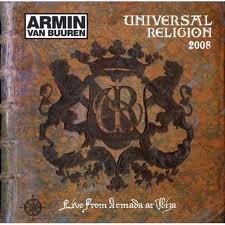 'Universal religion' again, which is Theosophy.

Theosophists wish to bring about a New World Order with a one world occult religion and one world banking system, which would result in us living in a prison planet with an RFID chip keeping us in control and locked into an inescapable money and tax system.

If that was not bad enough, the New World Order adherents are planning on reducing the global population by 90%. This, they admit, will be unpleasant but necessary. Alice Bailey was a Theosophist who was married to a 33rd degree Mason and formed the Lucis Trust, which is now classed by Lucis Trust as an outreach of the United Nations.

Here are some Alice Bailey quotes...

"There is no question therefore that the work to be done in familiarizing the general public with the nature of the Mysteries is of paramount importance at this time. These mysteries will be restored to outer expression through the medium of the Church and the Masonic Fraternity… When the Great One [Antichrist] comes with his disciples and initiates we shall have the restoration of the Mysteries and their exoteric presentation as a consequence of the first initiation."

“…let us never forget that its the Life, its purpose and its directed intentional destiny that’s of importance; and also that when a form proves inadequate, or too diseased or too crippled for the expression of that purpose, it is—from the point of view of the Hierarchy—no disaster when that form has to go. Death is not a disaster to be feared; the work of the Destroyer is not really cruel or undesirable… Therefore, there is much destruction permitted by the Custodians of the Plan and much evil turned into good…”

This is basically saying that anyone or anything not in keeping with the New World Order can be removed/killed/genocidally wiped out and that the cult members musn't feel guilty about it because killing is ok and the ends justify the means. In other words, evil cult talk.

This post will be added to so keep checking back.

PLEASE KEEP THIS BLOG ALIVE BY SHOWING ACTIVE SUPPORT.
POST TO TWITTER, FACEBOOK, ETC.
EMAIL A LINK TO YOUR CONTACTS.
LEAVE AN ANONYMOUS COMMENT HERE.
WE DON'T ASK FOR MONEY.....JUST YOUR POSITIVE ACTIONS.
IF SUPPORT IS NOT FORTHCOMING WE SHALL ASSUME OUR EFFORTS ARE WASTED.
Posted by Anonymous Ibiza at 18:59